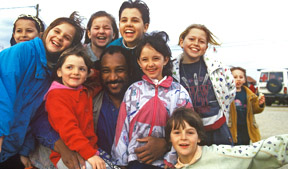 J.D. Scott specializes in imagery that captures the spirit of people, whether they are corporate CEOS, children in a daycare center, symphony musicians, or farmers in South Africa. His photography has taken him to Bosnia and Croatia, during the conflict in the early 1990s, as well as to a host of other countries in Europe, Latin America and Africa. In the U.S. and internationally, J.D. has documented humanitarian and social projects, created evocative photographs for advertising campaigns, and pursued his own projects. Clients include a range of national and international organizations and businesses.

J.D. has helped bring the efforts of a number of humanitarian organizations to the attention of a wider audience. These include CARE, The Carter Center, World Vision, and the Synergos Institute. In addition, he has independently pursued projects such as Innocents, a traveling exhibit that shows the similarities between children living in deprived neighborhoods in the U.S. and their peers in international war zones. Shortly after 9/11, J.D. was part of an expedition into a remote desert region of West Africa that was organized by the U.S. Ambassador to Niger to highlight Muslim areas, people and culture seldom seen by Americans.

J.D. was educated at Indiana University where he majored in journalism and minored in fine art photography. He lives in Atlanta with his wife and two dogs. His other creative outlets include gardening, contemporary design, and reading.