Projects: Innocents: The Peace Inside 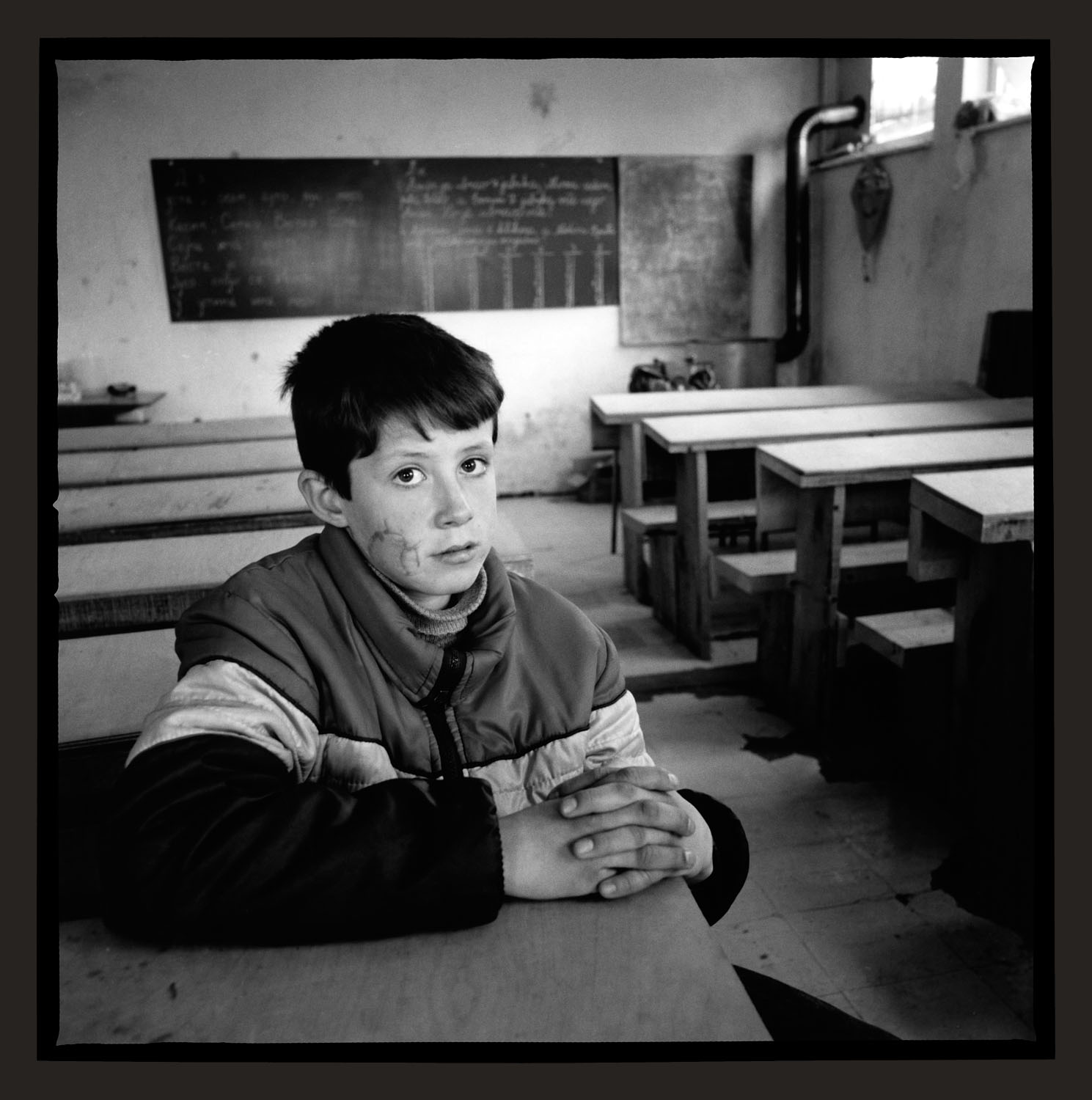 
During the war we were hiding in the basement. At first there were other children and we played games, but then I was alone. The basement was

cold and ugly. You mostly couldn’t live there, but outside you could hear bombs and the whistling sound of bullets. Many children died and so

One day my dad and I climbed up to our apartment to get some food. We were going back to the basement when I heard a sniper. I felt the bullet hit my face, and I fell down. My father took me in his hands and asked, “Are you alive? Are you alive?” I told him, “Yes, Daddy, I am alive.”

I stayed in the hospital for two months. It was very peaceful. But when I came back to the basement, everyone was still shooting, and it was colder than ever.

I am the same person that I was before the war began, and I would like to go back to that time. But my main desire is for the shooting to stop. I want to tell the people who started this war to become still and quiet, and to feel the peace inside themselves. Then they will not need to hurt us anymore.

Mirsad’s mother, about whom he was unable to speak,

was killed while running from a sniper.